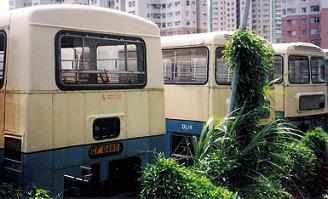 Badaling is the best preserved part of the Great Wall. Most tourist buses go to the Badaling section. Deshengmen Gate is a transportation hub in Beijing. Many public buses depart from here. It takes a 10-minute walk from Jishuitan station exit B (subway line 2) to Deshengmen Gate. Beware that you don’t take a private bus at Deshengmen. Fare for these private buses is much higher. The drivers can charge you hundreds of Yuans for a ride.

Bus 919
The public bus 919 is also driving to Badaling. Compared with bus line 877 it has several disadvantages. The journey is 2 hours because it’s a public bus. The bus is crowded and the fare is the same as the tourist bus 877 (12 Yuan). The drop off is also 2.5km from the Great Wall.

Train to the Great Wall

The trains leave from Beijing North Railway Station. It is 80 minutes to Badaling. Fare is 6 Yuan. Tickets are sold on the railway station. The entrance of the Great Wall is nearby the station in Badaling.

Public buses are cheap (1-2Yuan) but often crowded. The official website of the public bus is www.bjbus.com but it’s in Chinese language only.