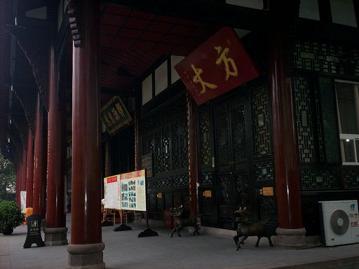 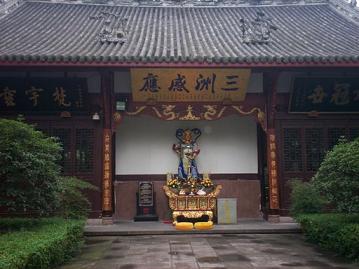 The Daci monastery was the largest monastery in Chengdu during the An-shi rebellion in the Tang Dynasty. The Daci monastery has been several times rebuild and was opened to the public in 2004. The temple is in the city centre. When we visited the place in 2007 it was quite and peacefull.

Construction work
In 2014 there was contruction work around Daci Temple. Large pits were dug for new buildings. A large part of the garden was disappeared. I guess that the site will be much smaller when the work has been completed. 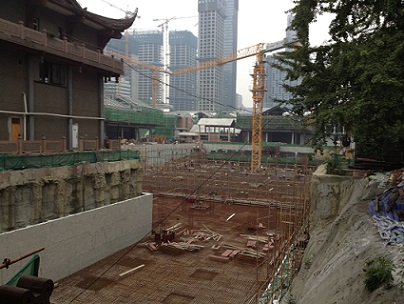 Location
Daci monastery is located in Dacisi Road in the centre of Chengdu. Nearby is Chunxi Road. Opposite Chunxi Road is the Wangfujing Mall.