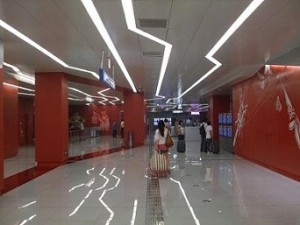 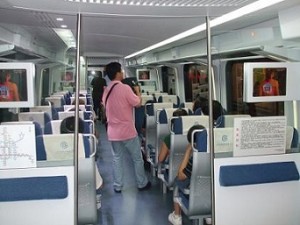 The Airport Express of the Beijing subway connects terminal 2 and 3 of Beijing Airport with metro stations Dongzhimen and Sanyuanqiao in Beijing centre. The first train depart from 6.00 at station Dongzhimen and 6.04 from station Sanyuanqiao. The last trains to the airport are around 22.30 in the evening.

The fare for the Airport Express is 25 Yuan per person. The travel time from Dongzhimen station to airport terminal 3 was less than 25 minutes. Terminal 3 is currently the second largest airport passenger terminal building of the world. From terminal 3 the train goes to terminal 2 and this is about 5 minutes. At terminal 2 we had to get out because the airport train is not going to terminal 1, the smallest terminal. The walk to terminal 1 was about 15 minutes. 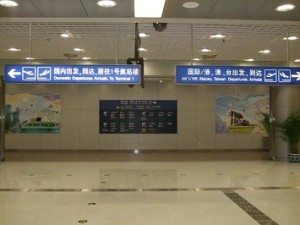