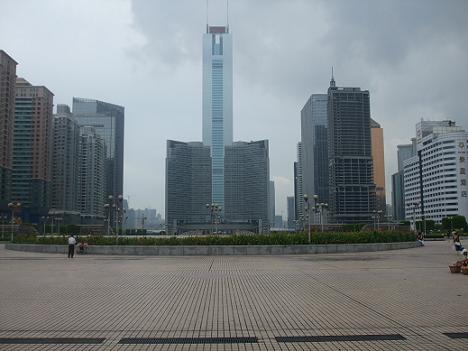 Guangzhou is one of the largest cities in China with 10 million people. Location is 120 km North West of Hong Kong. Tianhe is the Central Business District. Tallest building in Tianhe is the CITIC Plaza (391 meter). Other attractions in Guangzhou are Shamian Island in the Pearl River and Sun Yat-sen Memorial Hall.

The Chinese Export Commodities Fair (Canton Fair) is held twice a year in spring and autumn. It’s China’s largest trade fair. Trade days are Apr.15-30 and Oct.15-30. There are two large exhibition complexes: the Pazhou Complex and the Liuhua Complex. The Pazhou is the largest in Asia with ground area of 400.000m². Official website of the Pazhou Complex is www.21cantonfair.com. The Liuhua Complex (170,000m²) is in the city centre near the railway station. Besides the famous Canton Fair many other exhibitions are organized in both complexes. Note that hotel prices can rise during the fairs up to three times the usual price.

Popular hotels
The 5-star White Swan Hotel is one of the most famous hotels in Guangzhou. It is located on Shamian island and overlooking the Pearl River. Popular hotels are the Guangzhou Baiyun Hotel (3145 reviews, 7.6), Asia International Hotel Guangdong (1261 reviews, 7.1) and the Crowne Plaza Guangzhou City Centre (1076 reviews, 8.4).

Baiyun International Airport is 28 km of the city centre. The airport has international flights to Singapore, Manila, Kuala Lumpur, Delhi, Sydney, Tokyo, Los Angeles and New York. Subway line 3 connects Baiyun Airport with downtown and East Railway Station. A ticket is 7 Yuan. At the airport are 11 bus lines to the city. A bus ticket cost 16-20 Yuan. Taxi fare from the airport to Central Station is 100 Yuan and to Guangzhou-East Station it’s about 150 Yuan.

Guangzhou Railway Station
This station is in the old centre and has trains to Shenzhen, Beijing, Shanghai, Chongqing, Chengdu and Wuchang. Subway line 2 and line 5 have a stop at the railway station.