Beijing is the capital of China and the second largest city after Shanghai. The city attracts millions of tourists as the centre of culture and art in China. 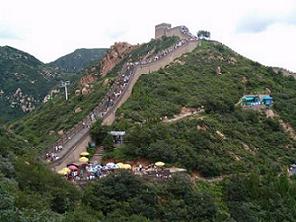 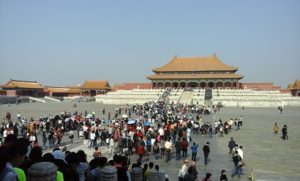 Two top attractions in Beijing are the Great Wall and the Forbidden City. The Great wall is about 70km north of Beijing. Badaling is the best-preserved section of the Great Wall. Most tourists buses go to Badaling. The Forbidden City was the Chinese imperial palace. For hundreds of years it was the home of the emperors. It’s located in the heart of the city centre.

In Beijing are many hotels. There are more than 120 five star properties. Allmost all hotels have Wifi or broadband internet. Luxury hotels are often located in the Wangfujing shopping area or Central Business District. One of the most popular hotels is the Beijing Prime Hotel Wangfujing (5068 reviews, 8.1). A famous hotel downtown is the luxury Raffles Beijing Hotel. Cheapest accommodation are hostels and guesthouses. Many of them are in preserved Hutongs (old Chinese neighbourhoods). A four star Hutong hotel with many excellent reviews is Double Happiness Courtyard Hotel. 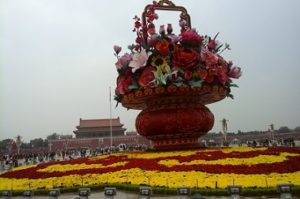 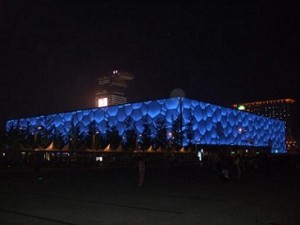 – Tian’anmen: one of the largest squares in the world: more than 400,000 square meters. Tian’anmen is in front of the Forbidden City.
– Beihai Park: large and popular park near Forbidden City.
– Wangfujing: the main shopping street
– the Olympic Area: with the National Stadium and Aquatics Center
– 798 Art District: modern art in Beijing
– Beijing skiing largest ski resorts
– The Ming Tombs: mausoleum of 13 emperors of the Ming Dynasty close to the Great Wall
– Summer Palace: famous for its garden. A popular park to visit

If you are looking for a clean and inexpensive restaurant outside your hotel, step inside one of the large department stores in Wangfujing. Wangfujing is the main shopping area in Beijing close to the Forbidden City. In the department stores you will find besides a McDonalds or Pizzahut also small Chinese and Japanese restaurants. The Quanjude Restaurant is the largest roast duck restaurant in Beijing and one of the best. A branch of their chain is also in Wangfujing Street. Western top restaurants can be found in the international hotels. Danieli’s in the St. Regis Hotel is a top Italian restaurant. Maxim’s de Paris is a famous name in the French cuisines; address 2 Chongwenmen Xi Da Jie in the Chongwen District. Nishimura in the Shangri-La Hotel is one of the best Japanese restaurants.
More information on: Beijing restaurants 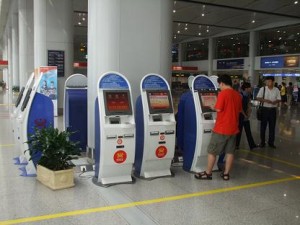 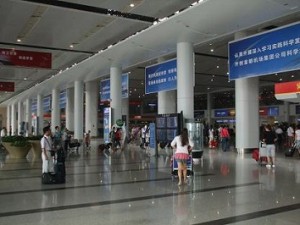 Beijing Capital International Airport is the largest and busiest airport in China. It is located 32 km of the city center. In the arrival hall are sometimes people trying to take you to their cars. Don’t go with them because you will be ripped off. They look for foreigners and tourists. Just follow the Chinese passengers and leave the arrival hall. Outside is the taxi rank with the official taxis where passengers are queuing up. A taxi to the city centre cost 100-125 Yuan depending of the car model and district. The travel time to downtown is 45 minutes but if it is crowded it can be 1,5 hour. The airport bus has 6 lines and cost 16 Yuan. At night there are no buses running. Airport bus line 2 has a stop at the Beijing Railway Station.

The Airport Express of the Beijing subway connects terminal 2 and 3 of Beijing Airport with 2 metro stations ( Dongzhimen and Sanyuanqiao) in Beijing’s center. The fare for the Airport Express is 25 Yuan. Travel time is about 25 minutes.

The Central Railway Station is downtown. From Central Station leave trains to North China, Mongolia, Shanghai, Nanjing and Hangzhou. The second large station is Beijing West Railway Station. This station serves all other destinations in China. The high-speed day train to Shanghai departs at Beijing South Station. Train stations are allways crowded in China. Foreigners and passengers who buy a ticket Soft Seat First Class can wait in the VIP-waiting room. Most hotels make reservations for train and domestic flights for a small commission.