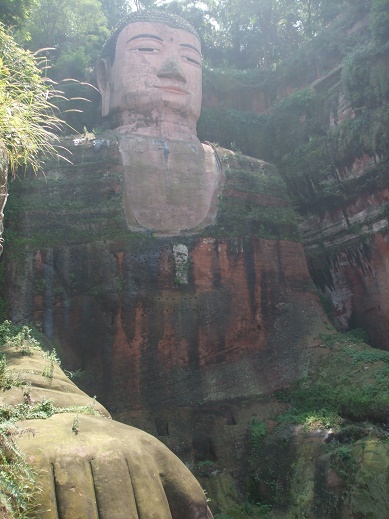 The giant Buddha in Leshan is the largest stone Buddha sculpture in the world. The height is 71 meters. A monk started the huge work in 720 AD and with a delay it was completed in 803 AD. The Giant Buddha has been on the UNESCO World Heritage List since 1996.

location
Distance from Chengdu is 136 km. Nearest train station is Emei station which is about 31 km from Leshan. Buses from Chengdu’s Xinnanmen bus station are running to Leshan Xiaoba Bus Station. Catch from here a bus to the Giant Buddha. Next to the Giant Buddha is another park with smaller Buddha’s and a temple. Not far away Leshan is the Golden Buddha at Emeishan. 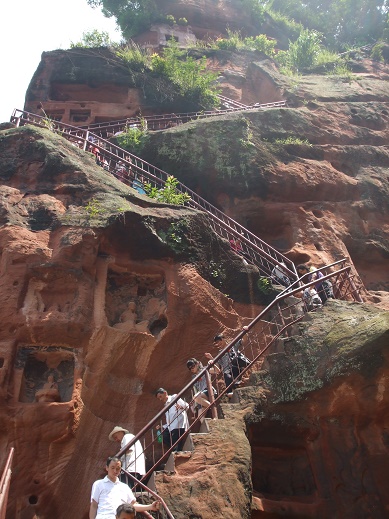 The stairs next to the Buddha were very steep. 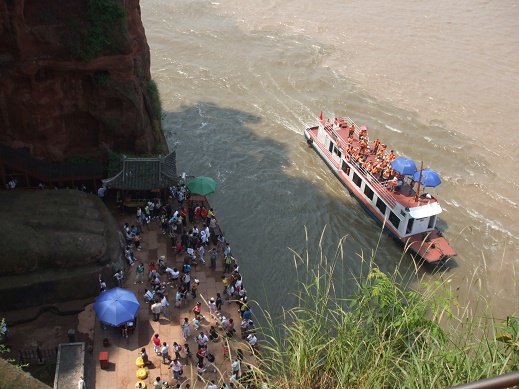 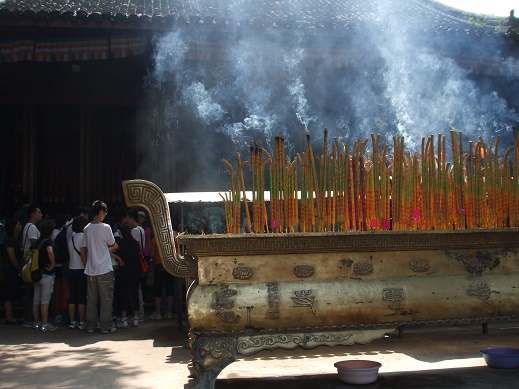 Incense could be ignited in the temple in the park.

Chinese tour
In 2009, we booked from Chengdu a Chinese tour for two days to Leshan and Emeishan. Cost was about 480 Yuan including insurance (30 Yuan). Cable car (120 Yuan: 4 rides) and the park with the small buddha’s (70 Yuan) was not included and we paid this separate. Our Chinese tour can be booked in many hotels and travel agencies in Chengdu, for example in the CITS office in the Traffic Hotel. Hotel was a two star accommodation. Price for such a tour is okay. Admission to enter Emeishan Mountain is 160 yuan in peakseason. The admission of the Giant Buddha is 70 Yuan. Two star hotel, lunch, dinner, breakfast and all transportation was included. People of the tour group were middleclass Chinese tourists from other provinces.