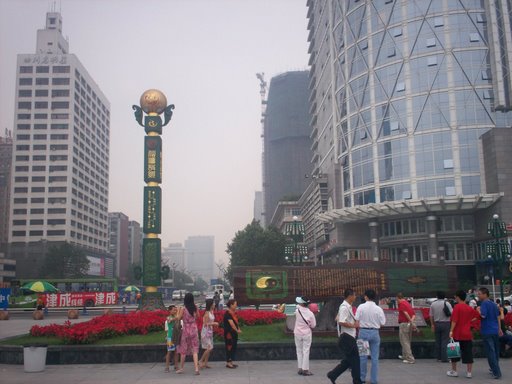 Tianfu is a large square in the center of Chengdu. Several main streets come together in Tianfu. Other streets, such as shopping street Chunxi Road, are closeby. Prominent on one side of the square is a large statue of the former leader Mao Zedong. Behind him is the Sichuan Science and Technology Museum. At night there are laser lights on the buildings of the square. 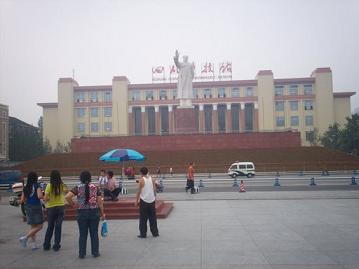 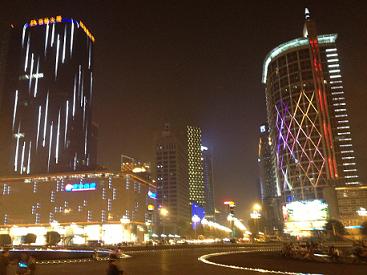 In the middle of Tianfu Square is the central subway station. It is below street level in a open circle shape space. Around the station are several water pools. There are two subway lines: line 1 and line 2. Line 1 is between the North Railway Station and Century City. On this metro line is also the stop (Jincheng Plaza) at Global Center, the largest building in the world (in floor space).

Fountain & laser show
Spectacular were allways the dancing water fountains with coloured lights and music. In october 2013 however we didn’t see this show anylonger. At night there was no longer music, lights and dancing fountains. I heard afterwards that the music and lights were only at nights in the weekends. Instead of the dancing fountains are now laser lights on the surrouding buildings.