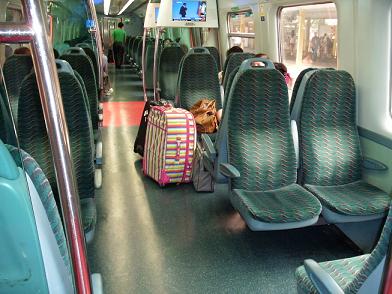 The train from Hong Kong to Shenzhen first class (July 2009). First class fare was about 65 HKD, second class was 35 HKD. We bought tickets at Hung Hom Station in Hong Kong at the moment we departed. There were 10 trains (or more) every hour to Shenzhen. Travel time is about 40 minutes. End station is Lo Wu station where everybody has to get out. The Lo Wu Immigration Control Point operates daily from 6.30 to midnight. Much faster is the highspeedtrain (14-24 minutes) which opened in 2018. 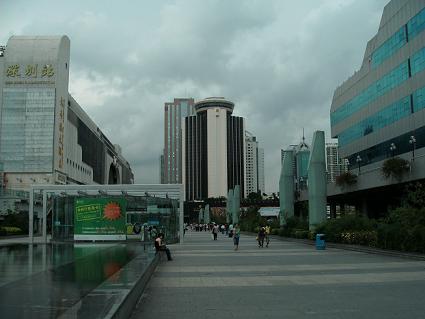 Square at Shenzhen train station. In the middle of the picture the Shangri-La Hotel. To the left the ticket office and waiting rooms. To the right a shopping mall? At the ground floor is the Luohu coach station. 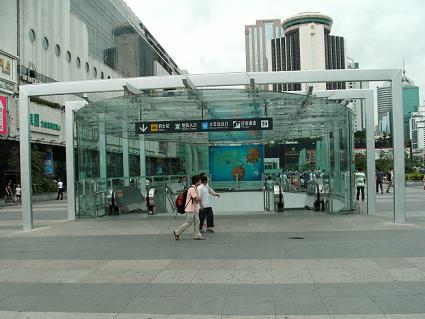 Square at Shenzhen train station Luohu. The official taxicab rank is downstairs in the basement. Take only from here a taxi; not from “taxidrivers” at the square. Shenzhen is the first city in mainland China for many tourists
A man at the square offered to take us to our hotel with his taxi for 200 Yuan. The offficial taxi in the basement costed only 15 Yuan… The five star Shangri-La Hotel is on the background.