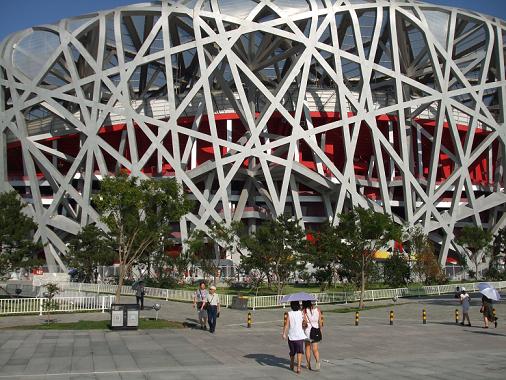 The Olympic Games 2008 were held in Beijing. Two of the most attractive buildings were the Beijing National Stadium, nicknamed ‘The Bird’s Nest’ and the National Aquatics Center called ‘The WaterCube’. 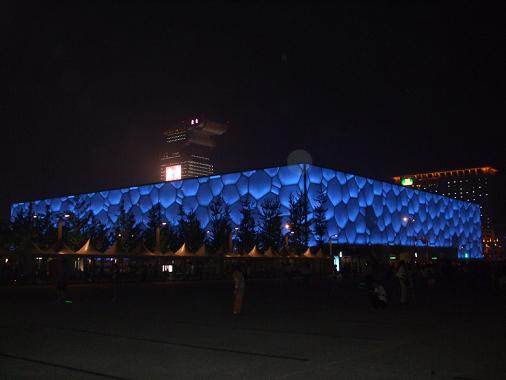 Subway
The Olympic Park is easy to reach by subway. From downtown Beijing (Wangfujing & Tiananmen Square) the trip will take about 30-45 minutes. Take subway line 10 into the direction of terminus Bagou. Get out at stop Beitucheng. From Beitucheng is a special subway line with to the Olympic area. There are only 3 stations. The second station (Olympic Green) is the station which is the most near the Bird Nest and WaterCube.

The Olympics area is a wide pedestrian zone with small stalls and terraces where you can get some non-alcohol drinks and icecreams. In the evening the Bird Nest and Watercube are enlightened. Many Chinese go in the evening to the Olympic Green and walk around. In the day time it is quit. Entrance is free. Closing time of the stalls/terraces is 21.00. I thought that the the lights of the stadiums go out after 22.00 and that the area would be closed. 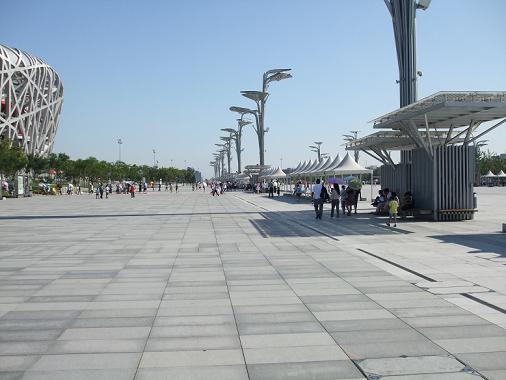 The Olympic Park in Beijing. To the left is the stadium ‘the Bird Nest’. In the summer the temperature in daytime is hot (35 degrees celcius). Most visitors therefore come in the evening.